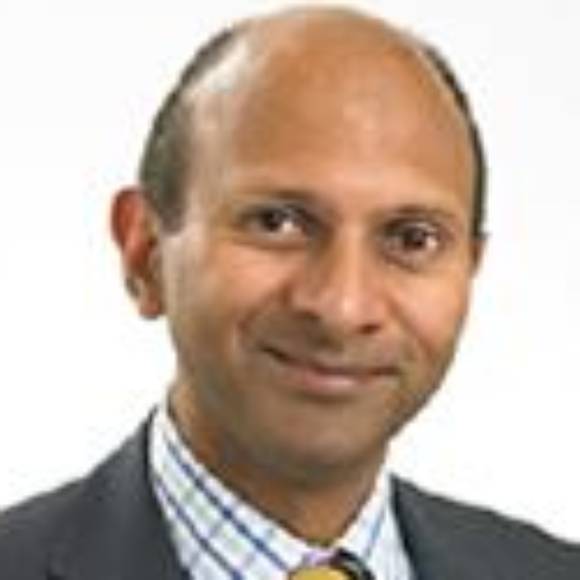 Kiran Patel is Chief Medical Officer, Deputy CEO and Consultant cardiologist at University Hospitals of Coventry and Warwickshire. He came to that role in 2019 after 6 years as Medical Director for NHS England (West Midlands). He graduated from Kings College, Cambridge University in 1993 and has been a practising Consultant Cardiologist 2005 and continues to practice despite a busy managerial role. He was appointed an Honorary Professor at Warwick and Coventry Universities in 2018. He was also clinical lead for the Coventry and Warwickshire ICS (2019-22).

In the voluntary sector, he has been Chair of trustees to the South Asian Health Foundation charity (which he founded in 1999) since inception. He was also a trustee for 3 terms at the UK Health forum from 2003-12. He is a mentor for the Social Mobility Foundation which encourages and mentors students from deprived communities into the healthcare sector and further education.

In healthcare policy and strategy, he has worked with NICE, the Royal Colleges and the Department of Health for over two decades. He has published papers and books and lectured widely on a national and international scale, not only in the field of cardiology, but more widely on social determinants and healthcare systems and strategy. Such expertise gleaned from both the NHS and voluntary sectors, led to him advising the Public Health Foundation of India on developing healthcare systems in 2009-10 and he also co-authored the UK Ministerial briefing for the UN Summit on non communicable disease in 2011. He currently sits on the board of the BMJ group to drive globalisation of education and training to achieve its mission of a healthier world. As part of that global health system work he recently advised the Thai government and is currently advising the Indonesian government on health system strengthening. He was recognised in the HSJ Top 100 leaders in 2014 and in the HSJ Tope 50 BAME leaders in the same year. In 2021 he was recognised at the 37th most influential UK Asian in the GG2 powerlist.

In his spare time, he loves sport – indeed, he has moved from cricket, which he played to a high standard, to football. He holds a season ticket for West Bromwich Albion FC and when not running half-marathons he enjoys attending most WBA home matches with his wife and 4 daughters!